As with our sire selection our founding females were selected for their strong female lines, with close attention paid throughout the herd’s development to the core commercial traits of easy calving, milk and natural fleshing. Females retained in the herd are selected on a wide ranging criteria, but above all else they must carry these fundamental attributes and have the potential to improve the quality of the herd in the long-term.

This ET bred daughter of Fanfaron is out of the McTurk herd’s original foundation female, Hortense, and has had a lasting impact on the herd, being the dam of a number of retained females, including McTurk Alacrity, McTurk Fandango and McTurk Gravadlax. Females from this family are noted for their longevity, milkiness and natural fleshing ability, while their male progeny are often some of the best performers in the herd.

Another ET bred daughter of Hortense, Topaz is again by Fanfaron. She also made her mark on the herd, with a large number of current females tracing back to Topaz. Leading females from this line include McTurk Alchemy, McTurk Dikdik and McTurk Akimbo, all of whom have had daughters retained in recent years. Like all females from the Hortense line the Topaz family is one which breeds quality with a wide range of sires and leaves consistency and maternal attributes which are fundamental to the herd’s progress and future.

Sired by Bedell Maurice, Trousseau is another ET bred daughter of Hortense and has helped shaped the herd through her descendants. Females from the T family have excellent conformation, are milky and stylish, with the ability to thrive in our lower input system. Retained females, including McTurk Velours, McTurk Epicure and McTurk Distaff, are consistent breeders regularly leaving high quality females.

Also ET bred from foundation female Hortense, Taffeta is sired by Fanfaron and is the most widely represented of the Hortense lines in the current herd.Her female progeny continuously excel and have bred consistently from early in the herd’s history and include the influential McTurk Tigerfish and Jabiru. Homebred sire McTurk Phalanx is from this leading family, being out of McTurk Heather, a great-granddaughter of Taffeta.

This family was developed in the herd following the grading of progeny from Lincoln Red genetics, with McTurk Rock being a first cross of Limousin sire Flash on a Lincoln Red dam. This line has produced outstanding cows such as McTurk Navajo, McTurk Mfolozi and McTurk Pistachio, retained females of note include McTurk Begum, McTurk Emerald and McTurk Bushbaby, all of which have bred progeny of with great fleshing qualities and breed character coupled with calving ease and great milking ability.

One of the most dominant families in the modern herd the Agate family is another descended from the grading up process, with Agate being a daughter of homebred sire McTurk Trump, himself a son of Hortense, out of a Lincoln Red dam.The influence of Agate in the herd cannot be underestimated, with notable daughters in the current herd being McTurk Druggett, McTurk Dowager and McTurk Fecund. 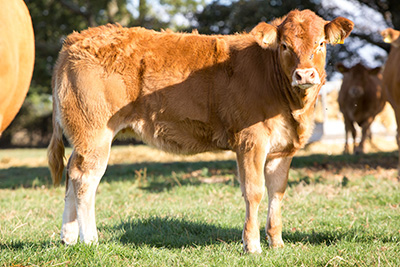